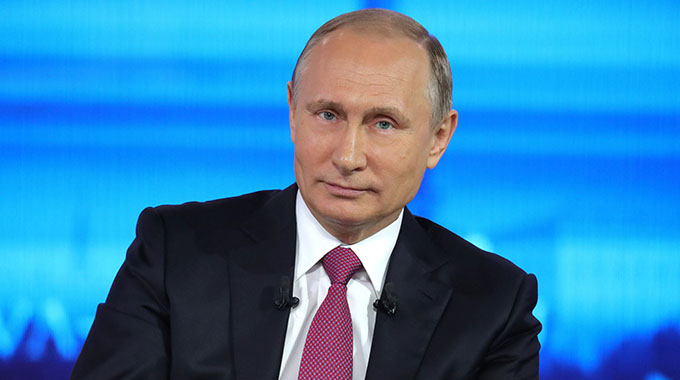 Russia is already working on finding solutions to disconnect from the world wide web.

It turns out that the country has already enforced some general tests to separate from the Internet and test a sort of sovereign internet.

Tests were conducted from June 15 to July 15 and the participants were the Russian State-owned company, Rostelecom, along with the four major mobile phone providers.

Apparently, the results were quite successful and these drills could reveal a precise strategy of the Kremlin.

Russia has not been too happy with the Internet since 2014, when Euromaidan, the coup masterminded by the Obama administration and George Soros overthrew the former Ukrainian President Yanukovich.

The reason why Russia is looking for a way to separate itself from the Internet could be strictly related to Cyber Polygon.

Cyber Polygon is the drill that the World Economic Forum has recently enforced. The idea behind this drill is to prevent a general cybernetic attack that is able to disrupt the internet and the food supply chain.

However, the drills in the environment of the globalist institutions assume a different meaning and purpose.

They are not meant to prevent a specific scenario, but rather they are meant to pave the way to an artificial crisis scenario picked in advance by the globalist élites.

The strategy is simple as effective. By destabilizing a country, international powers achieve a predetermined result.

In this regard, the most clear and recent example comes from Event 201. Event 201 is a simulation run in October 2019 by the Johns Hopkins Institute and financed by the Bill Gates Foundation that “incidentally” predicted the so-called pandemic that would erupt three months later.

Speaking of “pandemic predictions”, there’s also another perfect example that concerns a paper published in 2010 by the Rockefeller Foundation, whose title is “Operation Lockstep”.

In this document, there’s everything that we are witnessing in these days. Basically, the paper foresees a “pandemic” that would pave the way to a global authoritarian society.

The Covid terrorist operation, a brilliant definition by Russian Colonel Kvachov, is none other than a catalyzing global event to usher in the New World Order.

In other words, the “pandemic” is a sort of global 9/11 that was conceived to precipitate the world in a state of controlled chaos after which a one-world government would emerge.

So this was the original and essential purpose of the pandemic artificial crisis. However, things were not going as scheduled.

According to several whistle-blowers, the Covid terrorist operation should have triggered a global economic collapse by June 2021.

In particular, a Canadian insider and an anonymous French government official leaked this information in November 2020.

The Great Reset planned by the WEF and conceived by Davos chairman, Klaus Schwab, didn’t show up.

The reason of this delay could be found in the fact that the deep state hasn’t regained the control of the United States yet.

The original plan was to oust President Trump through an electoral coup and use the American superpower to drag the rest of the world towards the Great Reset.

All this scheme has turned to be a failure. The Biden administration doesn’t seem to be really in charge and most of the military is still loyal to Trump.

There’s an open debate about who’s in control of the United States and the answer could be found in the last days of Trump in the White House.

According to several military sources, Trump in those days signed the Insurrection Act and transferred temporarily the power to the military.

This decision would be a way to prevent the definitive success of the coup d’état attempt enforced against President Trump.

Therefore, the plans of globalism have failed most probably for this reason and the Great Reset hasn’t started yet.

However, the cabal is already working on another artificial crisis and the cybernetic attack seems to be, at the moment, their favorite destabilizing scenario.

Cyber Polygon could, if successful, paralyze the web and disrupt the world supply food chain. Panic and chaos would ensue in the world and global governments could militarize society exactly as originally planned in the Rockefeller’s paper.

As soon as the WEF drill was completed, cybernetic attacks disrupted the functionality of many websites, such as Amazon and UPS, which were shut down.

The timing is the most influential sign that Davos and the other globalist clubs are seriously considering the cybernetic crisis to achieve their final goal.

Russia has already understood the move of the deep state and it is already at work to build its own sovereign Internet to avoid the consequences of a global hacking attack.

Therefore, Russia is still a solid bulwark against the New Order plan.

There’s also another problem that globalism is overlooking. The electoral audits in the US are proceeding and proof of voter fraud has already been shown.

Several Senators are already speaking to recall the votes cast in the electoral college. This would mean the end of the alleged Biden administration. Trump’s return seems to be really at hand.

Time seems to be critical to determine the fate of mankind and at the moment time doesn’t seem to be on globalism’s side.